Have you heard the great news? – The National Folk Festival is making a comeback to Salisbury in 2022.

Making A Comeback to Salisbury Town

When the National Council for the Traditional Arts (NCTA) announced that the National Folk Festival’s tenure had been renewed for another year in Salisbury, it spiked untold excitement. The news came when the 80th festival was kicking off in the town. Historically, the festival has been known to travel from one city to another across the country, but this time it will return to Salisbury on the final week of August 2022.

Being one of the country’s longest-running multicultural celebrations of traditional arts, the National Folk Festival attracts people from all cultures. The NCTA has spearheaded National Folk Festivals in 26 communities in over 80 years. They were optimistic that holding the festival for the fourth time in Salisbury was beneficial. 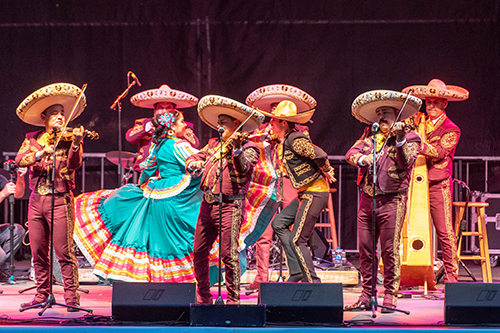 The event was held in 1934 in St. Louis for the first time. The objective was to celebrate American culture’s richness, roots, and diversity. Eleanor Roosevelt was enthusiastic to champion its advancement, and her championship was critical to the success of this annual festival. It provided an equal footing for different races, languages, and nations to present their art.

The festival was the first event to present musical forms, such as Cajun music, blues, Peking Opera, and Polka Band. Today, it is a traveling festival that the NCTA manages in partnership with cities across the nation to embrace varied cultural expressions for 21st-century citizens.

A Catalyst for Economic & Cultural Growth

The opportunity to host the 81st National Folk Festival in 2022 will enable the city of Salisbury to improve on its economic and cultural richness. It will also help them rebuild their status after getting hit by the pandemic. The weekend will coincide with the end of Summer travel and will thus make the city a desirable tourist destination. The organizers agreed to start publicizing the 81st annual festival performers and other details in Spring 2022.

Understanding the City of Salisbury, Maryland

Established in 1732, Salisbury is the capital of Wicomico county. John Smith first touched the land in 1608 during his exploration of the Chesapeake Bay in the city. Salisbury sits on the crossroads of the Delmarva Peninsula and is one of the largest cities in the region.

Although the area is relatively small compared to other cities in the country, it is an economic hub of one of the fastest-growing metropolitan areas. Salisbury is working hard to become a cultural hub destination, and hosting the National Folk Festival will be a step closer to this dream.